Halloween Is Back In Tinkertown – And It’s Spookier Than Ever! 🎃 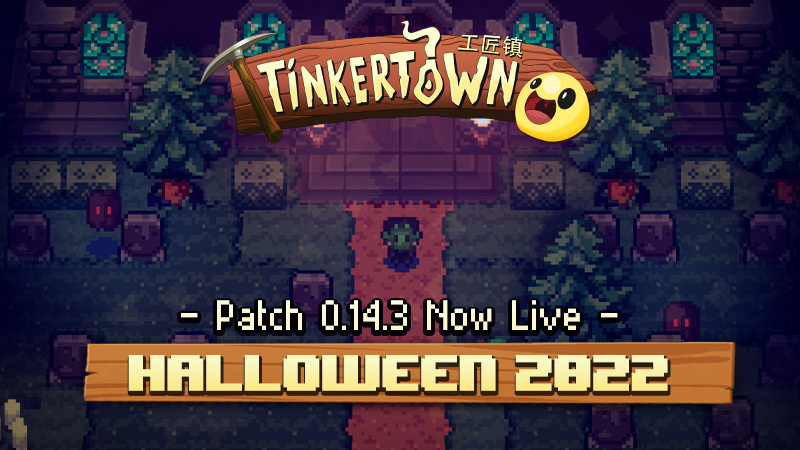 While waiting for the drop of the Among Us content later this week, we have quite a bit of stuff in store already! Halloween is back in Tinkertown and spookier than ever. We’ve added new costumes, decoration and even a new place to visit in the Forest. Just create a new world and hunt the costumes!

At the same time we continued to fix bugs and optimize the experience. Aside from revisiting growth stages, Mine Carts & combat, bosses can now be easily reached – once defeated – through new placeable items. 😊

Here’s what you can expect in detail:

A spooky time to all of you,
your Tinkertown Team