There are no big changes between the Beta Build and the Live Patch, so this is what the patch will include:

Next stop: NPCs! We’re really really excited for this one as it will gradually fill the world with more things to do and to find :). 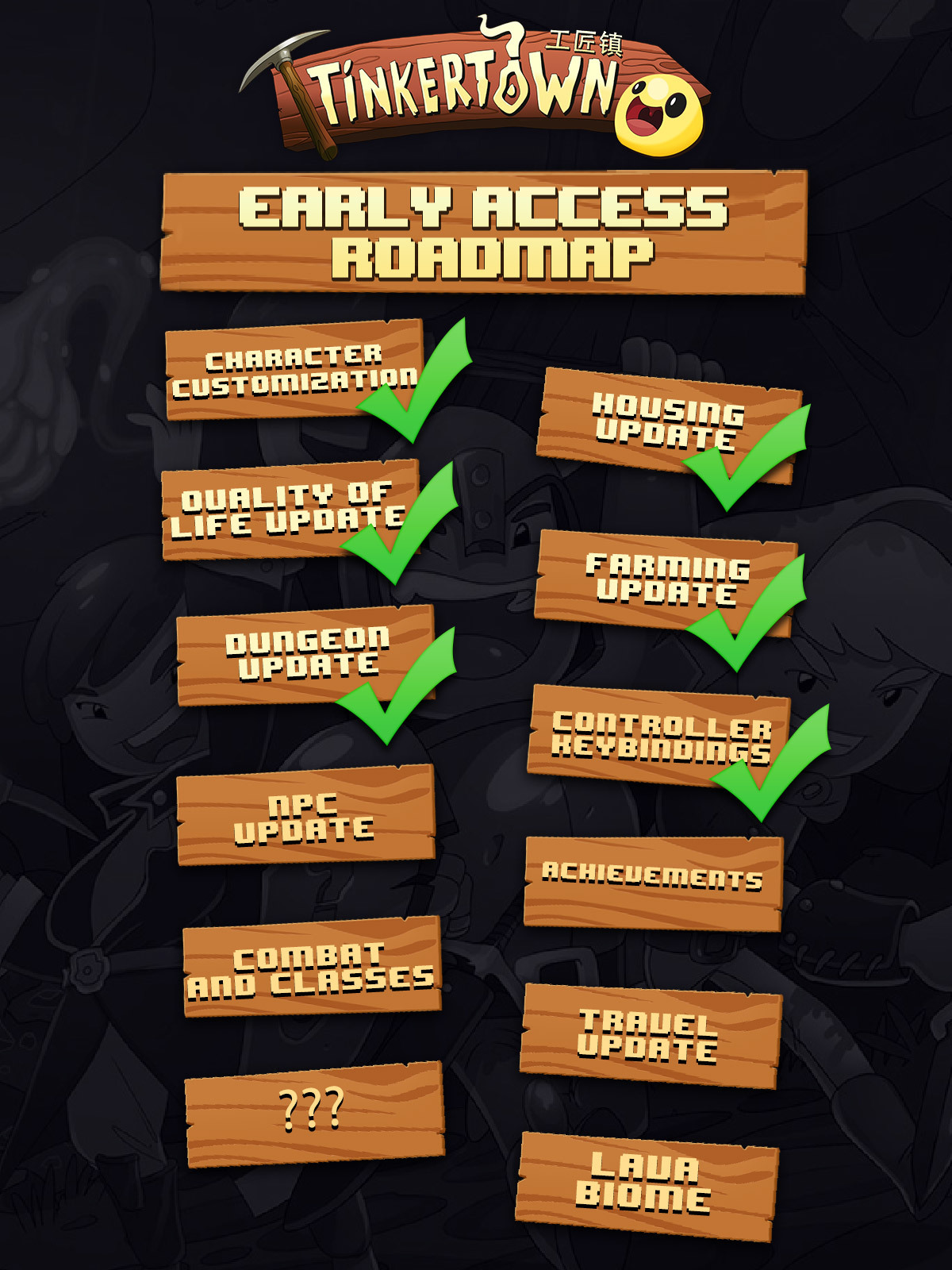 All the best,
your Tinkertown Team!